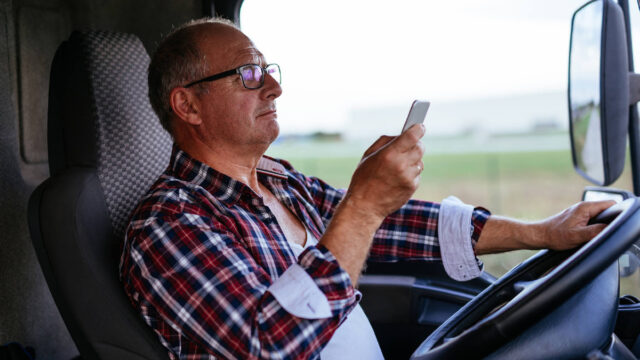 Using your phone when driving is extremely risky, because if your hands and eyes aren’t focused on the road ahead, you and others can be put in danger. There are wireless Bluetooth headsets designed specifically for truckers on the market to help mitigate this risk. These headsets are normally mono-ear, so you can always hear what’s going on around you, and they have decent microphones that can pick up your voice even in your truck’s loud, rumbled cabin. Some headphones also have active noise cancellation to help minimise background noise from your truck’s engine. They also usually have low audio latency and a stand-by mode to help save battery life.

The BlueParrott B450-XT Bluetooth Headset is the best Bluetooth headset for truckers with an on-ear configuration that we’ve checked. Since this mono headset is flippable, you can use it in either ear when driving. Its boom microphone has good recording efficiency, so even if you’re calling from a noisy truck cab, your voice should be audible.

This headset is reasonably comfortable and stable, and it’s even rated IP54 for dust and water resistance, though we haven’t tested it yet. It can also connect to up to two devices at once, making it simple to move your audio source to another smartphone or laptop.

Unfortunately, this headset has poor noise isolation, so if you’re in a noisy setting, you may have trouble hearing the person on the other end of the line. In addition, the earcup feels flimsy, and wearing it for long periods of time can be exhausting. It’s always a good option if you’re looking for an on-ear Bluetooth headset for taking calls on the go.

We found the Plantronics Voyager 5200 Bluetooth Headset to be the best in-ear Bluetooth headset for truckers. The ear-hook on this well-built mono headset doesn’t place a lot of pressure on your ear, so it’s a comfortable fit. You can use it on either ear thanks to the swivelling boom mic.

Its boom microphone has exceptional noise handling, ensuring that you are clearly heard by whoever is on the other end of the line, even though your cabin is extremely noisy. While your voice is reported as dark and muffled, it still sounds normal. It also comes with a companion app that lets you set up the sensors to automatically answer or reject phone calls while you’re wearing it.

It supports NFC pairing and can pair with up to two devices at once.

Unfortunately, some users can find the 6.4-hour continuous battery life to be a bit of a stumbling block. When you’re not on a call, however, it has a standby mode to help save battery life. Although it doesn’t isolate almost all background noise, this may be by design in order for you to hear yourself talking. It’s a decent alternative if you’re looking for a comfortable in-ear headset.

We reviewed the Mpow Pro Trucker Bluetooth Headset and found it to be the best Bluetooth headset for truckers on a budget. Its boom mic will clearly capture your voice if you need a low-cost alternative with good recording quality. It also has a standby mode so you can take calls during the day, as well as over 17 hours of continuous playback time.

This well-made on-ear headset is extremely comfortable, and you can wear it on either ear depending on your preferences. Although the boom mic can struggle to distinguish your voice from background noise, you should still be understandable to those on the other end of the line. It also allows you to pair several devices, which is useful if you want to switch between your work and personal phones.

Unfortunately, it’s pretty simple in terms of functionality, and there’s no companion app. It’s also not built or marketed for music listening, since it’s lacking in bass and treble. This is a cost-effective choice if you want to save money while still being able to take calls while on the road.

Here’s More for You:

Best Headphones For Abs Workout in 2021