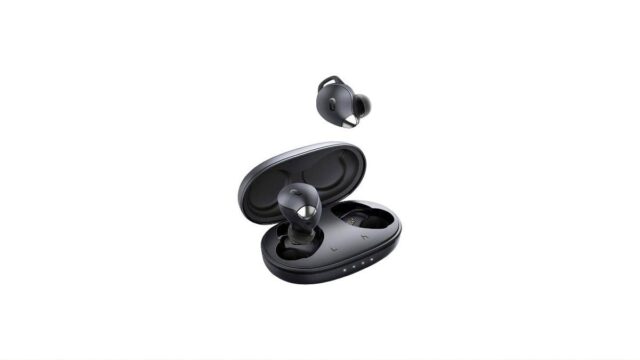 For the price, the TaoTronics SoundLiberty 79 are a surprisingly good pair of totally wireless headphones. While they’re fairly basic totally wireless in-ears, their well-balanced sound profile, well-built design, and moderately comfortable fit make them a solid overall value. They feel fairly stable in the ear with their stability fins on, though the fins might sometimes impede contact with the case’s charging pins, leading you to believe they’re charging when they aren’t. While their 5.7-hour battery life is greater than other true wireless headphones at this price point, it falls short of TaoTronics’ advertised 8-hour battery life.

The TaoTronics SoundLiberty 79 are a pair of all-black totally wireless earbuds with a simple design. Their touch-sensitive surface has a matte black finish that gives it a premium appearance. Despite the fact that the tips of each earbud are advertised as silver, ours appear to be gold. Unfortunately, the headphones’ glossy gold plastic gives them a poor appearance.

The TaoTronics SoundLiberty 79 in-ear headphones are reasonably comfy. The earbuds themselves are small and light, which reduces the amount of pressure they exert on the eardrum. They also don’t go as far into the ear canal as some other choices. Check out the Mpow M30 Truly Wireless for a more comfortable choice.

The TaoTronics SoundLiberty 79’s control scheme is average. Their touch-sensitive controls aren’t very intuitive, and getting used to the various instructions takes some time. While the headphones emit an audible beeping sound when you activate a command, there is no speech prompt, making it difficult to understand what commands you are entering. They have volume control on the earbuds, which is convenient, but you have to press each volume increment manually, which is inconvenient.

The TaoTronics SoundLiberty 79, like other truly wireless earbuds, are extremely portable. The earbuds themselves are held together by a strong magnet, so you can put them into your pocket without fear of losing one.

These headphones come with a decent carrying case. It’s not too big, and it has four LEDs that indicate the battery level and when the earphones are charging. Unfortunately, it can be difficult to guarantee a perfect connection with the charging pins on the case when the optional stability fins are fitted on the earphones, resulting in your earbuds not charging even though they look to be fully charged.

These headphones have a good build quality. Both the shell and the earbuds are made of strong, high-quality plastic and appear to be quite sturdy. The headphones have an IPX7 rating for water and sweat resistance, though we didn’t test this.

These headphones have a great deal of stability. They come with optional stability fins, which helps them stay in place even during more rigorous exercises, unlike the Tranya T10 Truly Wireless. They only come in one size of stability fin, unlike some other headphones, such as the Samsung Galaxy Buds+ Truly Wireless, which come in three sizes.

The TaoTronics SoundLiberty 79 has a well-balanced sound profile that is ideal for a wide range of genres and content. They have a little more bass, which adds a little more thump and punch to bass-heavy songs like EDM or hip-hop but isn’t overpowering in rock or country.

The TaoTronics SoundLiberty 79 has excellent bass accuracy. The entire frequency range is generally well-balanced and flat, with low-bass being the most overemphasised, resulting in a good amount of rumble and thump that is felt rather than heard. The mid-range is also overemphasised, albeit to a lesser extent, adding body and punch. Overall, the bass provides a little more thud without being overly loud or boomy.

These headphones have great mid-accuracy. Almost the entire range is well-balanced and flat, preventing muddy or harsh leads and vocals.

These headphones have excellent treble precision. While some portions of the range are overemphasised, all ranges are well-defined, and sibilants (S and T sounds) aren’t harsh or piercing. Some frequencies may sound slightly dull or lifeless, but most people are unlikely to notice.

These headphones work admirably in terms of peaks and dips. A small dip in the mid-treble is followed by a high peak, making some frequencies appear dull while others are slightly piercing. In general, most people are unlikely to notice it.

These headphones provide excellent imaging. The entire group delay response is below the audibility threshold, resulting in a tight bass and transparent treble reproduction, as shown in the GD graph. Furthermore, our test unit’s L/R drivers are extremely well matched, which is critical for accurate placement and localization of objects and instruments (such as voices and footfall) in the stereo image. These results, however, are solely applicable to our unit; yours may perform differently.

The noise isolation of these headphones is adequate. They do a fantastic job of blocking out background conversation and high-frequency sounds like fans or air conditioners if you get a good fit with the provided tips. They don’t do as well as the TaoTronics SoundLiberty 92 Truly Wireless in blocking the low rumble of bus or plane engines, but they do a better job of isolating noise.

The TaoTronics SoundLiberty 79 has great leakage performance. Because the leaked audio is quieter than the normal office, you should be able to listen to your music loudly without disturbing your coworkers.

The microphone’s recording quality is adequate, and it outperforms most Bluetooth microphones we’ve tried, including the FIIL T1X True Wireless. When you’re on the phone, your voice sounds genuine and understandable, although it’s a little lacking in detail.

The microphone on the TaoTronics SoundLiberty 79 does not handle noise well. Even in fairly noisy surroundings, your speech is lost, as it is with most Bluetooth headphones with an embedded mic.

The battery life of these headphones is below average. They last 5.7 hours on a single charge, which isn’t terrible for a pair of totally wireless headphones but falls short of the 8-hour battery life they boast. They also take nearly two hours to charge, which is a lengthy time, and they lack power-saving features such as an auto-off timer, which the TaoTronics SoundLiberty 94 Truly Wireless does. Their case should be able to hold four more full charges.

The SoundLiberty 79 from TaoTronics are Bluetooth 5.0 earphones. Unfortunately, they do not enable NFC or multi-device pairing, making it difficult to connect your devices. Their line of sight range is among the best we’ve seen, albeit it varies greatly depending on your surroundings. We measured low latency while watching YouTube videos on Android, despite their significant latency on PC and iOS. It’s worth mentioning that apps appear to compensate for latency, so real-world results may differ.

The TaoTronics SoundLiberty 79 are good headphones in general. They offer an incredibly well-balanced sound that has a bit of extra punch and bang without being overbearing. While the 5.7-hour battery life is adequate for truly wireless headphones, it falls short of the stated 8-hour battery life. They’re ideal for the gym because of their secure fit and IPX7 grade. They aren’t ideal for vacation or business use because you’ll have to stop to charge them, and they don’t block much background noise. They’re also unsuitable for gaming due to their excessive latency and mediocre overall mic performance. 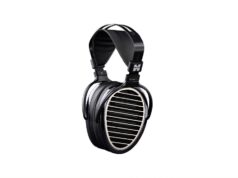 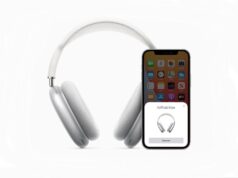 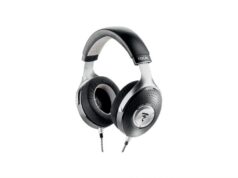