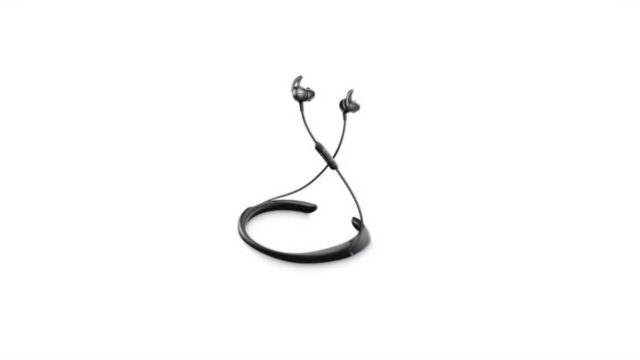 The Bose QuietControl 30 are above-average wireless earbuds that provide satisfying sound quality in most situations. They’re lightweight and give you more control over noise cancellation than the other Bose headphones we’ve tried. The noise cancellation isn’t as good as it could be, and while they’re stable enough to exercise with, the around-the-neck style isn’t for everybody. 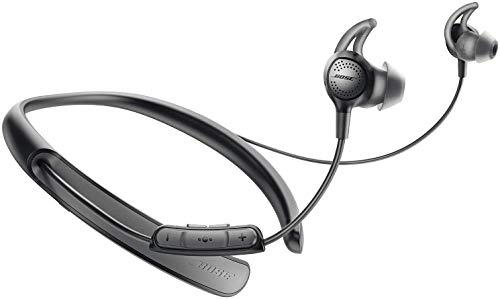 Because of the materials used in their construction, the Bose QuietControl 30 has a relatively simple design that feels high-end. They have a more upscale appearance than other styles worn around the neck. They’re also available in an understated all-black colour scheme that won’t stand out, which is perfect for some but a little boring for others.

The StayHear+ earbud tips on the Bose QC30, as on the SoundSport Wireless, are comfortable and fit snugly inside the ear canal. They’re lightweight headphones that can be worn for long periods of time without causing fatigue as some other in-ear/earbuds can. The neckband fit, on the other hand, isn’t for everybody. They’re a little bigger than the Sony WI-C400, but they’re still a lot more convenient.

The control scheme on the Bose QuietControl 30 is fine, but the buttons are stiff and difficult to push. They include standard features such as call/music, track-skipping, and volume controls, as well as two additional buttons on the side of the in-line remote for adjusting the level of noise cancellation. Unfortunately, the inline remote is covered by a thick rubber-like material that makes the buttons difficult to press, particularly the power/Bluetooth sync switch, which is marginally better than on the SoundSport Wireless.

Since the total surface area of these headphones is relatively small, they do not take up a lot of space, even when they are not in the case. They won’t fit into all pockets due to their unusual shape, but they should fit into most bags. If you just let them dangle from your neck, they’re also very easy to carry on your person.

They come with a sturdy hard case that protects the headphones from drops, cuts, and slight water damage. It adds some bulk to the overall design and won’t fit into most pockets, but it can be easily held in a backpack.

The Bose QuietControl 30 has a solid feel to it. The plastic used for the headband and earbuds feels thick but lightweight enough that they won’t be harmed if dropped from about neck height. However, despite being thicker than most in-ear headphones we’ve tested, the cables sound like the build quality’s key flaw. They could snap if they’re pulled on too tightly, which might happen if they get stuck on something.

These earbuds have a variety of stability tips to ensure a secure fit in the ear. This, coupled with the neckband, gives them a lot of stability while running or exercising. However, the cables connecting the neckband and the earbuds can get stuck on clothing on occasion, but this isn’t common enough to be a problem.

When playing audio continuously at normal levels, these earbuds have a battery life of 11.4 hours. They also have an auto-off timer that can be accessed via the Bose Connect app, which helps them to save some power. They take about 2.5 hours to completely charge, which is about average, but they can’t be used once they’re plugged in.

These headphones have a Bluetooth link that supports multi-device pairing as well as NFC. However, due to the stiff feedback, pairing with the power button can be a little troublesome at times, making the hold-to-pair process difficult.

The Bose QC30 has a lot of lag, which isn’t good for watching movies or videos with a lot of content. It’s not much different than most standard Bluetooth headphones, but it’s not designed for gaming or watching movies.

The Bose QC30 headphones are suitable for a wide range of applications. They’re lightweight, quiet, and well-isolated in noisy environments. They’re good commuting headphones that are still stable enough for the gym. They’re perfect for use in the workplace or in quieter areas like a library because of their low leakage. They still sound decent enough to satisfy the majority of listeners, but they may not be the best headphones for critical listening.

It’s okay to use it for sports. The StayHear+ tips have a comfortable and stable fit, and because of the around-the-neck shape, they seldom fall to the ground, even when exercising vigorously. However, the neckband may get stuck on fabric and pull the earbuds out of your ears, but this is an uncommon occurrence that largely depends on what you’re wearing.