The Xbox Wireless Headset is a great Microsoft device that every Xbox gamer should own. A faultless wireless connection is backed up by seriously outstanding audio and a slew of other comfort features.

We’d expect to pay three times as much for this kind of sound quality, especially from a wireless headset, but there’s one caveat to keep in mind. To get the most out of these headphones, we found that you’ll need to spend some time tuning the EQ in the Xbox Accessories app to get them to sound exactly like you want them to. However, this is a positive thing because everybody hears sound differently and has preferences for bass, mids, and highs.

The headset’s overall design is also great, with a premium feel that belies the lower price point Microsoft has managed to achieve. Simply put, the Xbox Wireless Headset is as good as it gets if you’re looking for a wireless gaming headset to go with your new Xbox Series X or Xbox Series S console, or even if you’re a PC gamer. 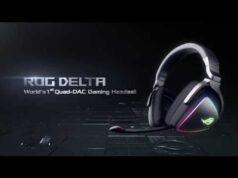