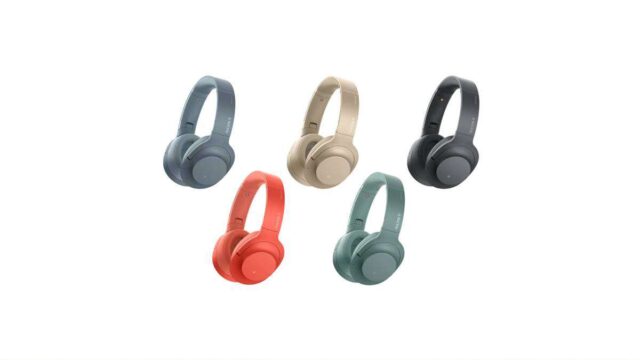 For the most part, the Sony WH-H900N (h.ear on 2) are above-average wireless noise-canceling headphones. They appear and feel the same as the original Sony MDR-100AAP (h.ear on), but they’re more durable and comfy. They offer a well-balanced sound that sounds detailed with instruments and vocals while also delivering in the bottom region. Unfortunately, their noise isolation isn’t great, so they won’t work well in noisy places, and they take a long time to fully charge, which is a bummer. 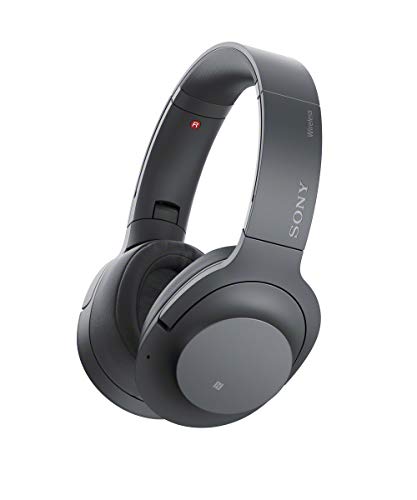 You may also like: Best Sony Headphones To Know About

The Sony H900N is an upgraded noise-canceling wireless version of the Sony MDR-100AAP. They feature the same basic style, but the thicker and sturdier build quality gives them a more premium look and feel. They have the same oval ear cups, and the headband is nearly identical, except that one is slightly denser and more robust than the other. They also come in a number of color schemes to match your personal style or clothing, though the more vibrant hues may not be suitable for everyone. Although the matte Black/Gray finish appears to be high-end, the headphones do not feel as expensive as the WH-100XM2 or comparable wireless over-ears like the Beoplay H9.

The Sony h.ear on 2 headphones are a little more comfortable than the original Sony h.ear on headphones (MDR-100AAP). They have thicker cushions and cups that aren’t overly tight around the head. They’re also reasonably light, though they’re significantly heavier than the MDR-100AAP because they’re wireless and noise-canceling, which necessitates a bit more technology and a battery. Unfortunately, when compared to other over-ear headphones, the ear cups are slightly smaller than typical, which may not be perfect for all listeners. In addition, the ear cup pads have a firm frame underneath them that shouldn’t bother most listeners, but may be a concern for others during lengthy listening sessions (once the pads are a bit more compressed from being on your head).

Similar to the WH-1000XM2, these headphones include a decent touch-sensitive control structure. Swiping up and down adjusts the volume level. Swiping left or right allows you to skip tracks. You tap once to play and pause tracks, and twice to take and end calls on the touch-sensitive surface. They also have a dedicated noise cancellation button that alternates between noise cancellation and ambient mode. Additionally, similar to the WH-1000XM2, you may instantly activate an aware feature by covering the right ear cup, which may be useful in specific situations (like being at the airport or on a bus, and momentarily needing to pay attention to announcements, without removing your headset). Although the feedback is decent, because it is a touch-sensitive surface, you must rely on the audio cues, which isn’t always optimal.

The Sony WH-H900 are typical over-ear headphones with a collapsible construction that makes them quite portable. They can be folded to fit into smaller luggage, but they’re still a touch bulky to wear around on your person, like most over-ears. They also come with a subpar pouch that isn’t suited for transporting them in a backpack.

These headphones are packaged in a plush fabric pouch that protects them from scratches. Unfortunately, they will not be protected from hard falls or water damage as a result of this.

The Sony WH-H900 has a significantly better build quality than the original h.ear on. The frame is identical in form, but it is thicker and wider, allowing it to handle tension a little better. The ear cups are also denser, and the hinges aren’t as slack, and once unfolded, they click into place, making them feel much more sturdy. Unfortunately, the design is primarily plastic, and while the headband is strengthened with a metal frame, the plastic outer cover, similar to the Beats Solo3’s headband, could fracture very easily when stretched out. Overall, they’re on par with most wireless over-ears, although they’re not as good or as luxurious as the Beo Play H9, Sony WH-1000XM2, or WH-1000XM3.

These headphones are relatively stable. They’re better than the MDR-100AAP since they’re wireless and don’t get tangled in your clothes or yank the headphones off your head when you’re running. They do, however, move around a little more when you bend your head because they’re heavier. They are not sports headphones, and if worn while doing high-intensity workouts at the gym, they will fall out of your ears.

The WH-mid-range H900N’s performance is great. The response is consistent, flat, and within 1.5 decibels of our neutral target throughout the range. As a result, the mid-range is well-balanced, and vocals and lead instruments are well reproduced.

The Sony WHH900N has excellent treble range performance. The response is a little erratic, but it’s well-balanced across the board. Low- and mid-treble frequencies are within 1.5 decibels of our neutral objective. This indicates that vocals, lead instruments, and percussion are all well-balanced.

The imaging quality is excellent. The weighted group latency is 0.16, which is excellent. The group delay response is virtually totally below the audibility threshold, as shown in the GD graph. This guarantees that the bass is tight and the treble is clear. Our test unit’s L/R drivers were also very well-matched in terms of amplitude, frequency, and phase response. This is necessary for correct stereo field placement and localisation of objects (voices, instruments, video game effects).

The soundstage isn’t up to snuff. The PRTF graph indicates a lot of ear activation and interaction, but it’s not particularly accurate, and there’s no discernible 10KHz notch. This, combined with the headphones’ closed-back design, creates a soundstage that appears to be inside the listener’s skull.

The Sony H900N has a good leakage performance. The majority of their leakage occurs between 1 and 3 kHz, which is a small frequency range. The total volume of the leaks is also not particularly loud. When the music is turned up to 100 decibels, the leakage averages 39 decibels and peaks at 57 decibels, which is slightly above the noise floor of most offices.

The inbuilt microphone’s recording quality is below average. Because of the 243Hz LFE (low-frequency extension), speech recorded/transmitted with this mic will sound thin. The 2.9KHz HFE (high-frequency extension) results in speech that is muted and lacking in detail. However, because speech intelligibility is largely dependent on the 500Hz-4KHz range, speech will still be intelligible.

The noise management of the WH-inbuilt H900N’s microphone is average. In our SpNR test, it had a speech-to-noise ratio of 15dB. This implies that it is best used in quiet surroundings, as it will struggle to fully differentiate speech from ambient noise in loud and even moderately loud environments.

The Sony H900N has a good battery life, easily lasting a day, but it takes a long time to charge, requiring nearly 6 hours. On the plus side, the device has a quick charge option that provides around an hour of playback time after only ten minutes of charging.

They support passive playback, so they can be utilised when the battery runs out or while charging, however they are only available in wired versions.

The Sony | Headphones Connect app, which is available for iOS and Android, is compatible with the Sony WH-H900N. The app is well-designed and intuitive, with a wide range of functions. The equalisation can be controlled using the app’s built-in presets or specific parameters. Room effects can also be added or changed to customise the soundstage to your liking. There is no button mapping feature or auto-off timer/standby time settings, but the noise cancelling feature may be regulated.

Because of its NFC connectivity, the Sony H900N is simple to pair. Unfortunately, they are unable to switch between numerous devices and must be fixed on a regular basis. By pressing and holding the power switch, you can pair with non-NFC devices like a PC.

The latency of the Sony WH-H900N is too high, making it unsuitable for watching movies or television shows. They also support aptX HD for higher-resolution wireless playing, however the latency is larger than with conventional Bluetooth. If you want a similar pair of headphones with lower latency on iOS devices, consider the newer Sony WH-H910N/h.ear on 3 Wireless, though keep in mind that they aren’t compatible with aptX or aptX HD codecs.They are not Bluetooth compatible with the PS4 or Xbox One.

Instead of Bluetooth, the Sony WH-H900N comes with a 1/8″ TRS cable as a backup connectivity option. There is no inbuilt remote, and the USB charging cable cannot transfer audio. They can be connected to game consoles via the controller connection when wired.

The Sony h.ear on 2 headphones have a terrific, well-balanced sound and a solid build quality. They’re also lightweight, wireless, and noise-canceling. As a result, they’re a better-than-average option for the majority of scenarios. Unfortunately, even at the maximum setting, their noise isolation is pretty poor, which means they won’t be as useful as some of the other Sony models for commuting, such as the WH-1000XM2.