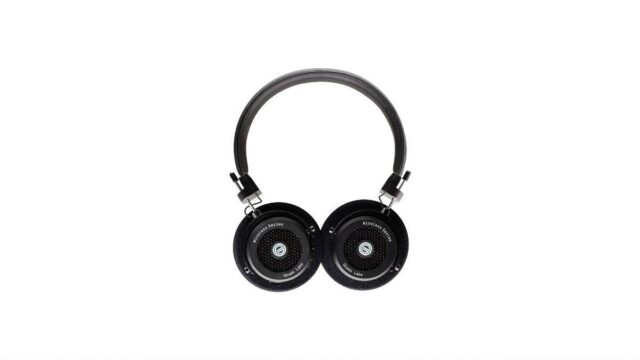 The Grado GW100 are good wireless open-back on-ear headphones for serious listening. They’re Grado’s first wireless alternative, making them more practical for everyday usage. In comparison to the other Grado headphones, they have a little more bass. They also feature a good 15-hour battery life and a straightforward and intuitive control scheme, but the voice prompt is excessively loud and unpleasant for some. Also, because they’re open-back, they won’t be the best choice for commuting or outdoor use. On the plus side, they provide good audio reproduction and are adaptable to a wide range of music genres. Even if the battery is dead, you can use the headphones passively. 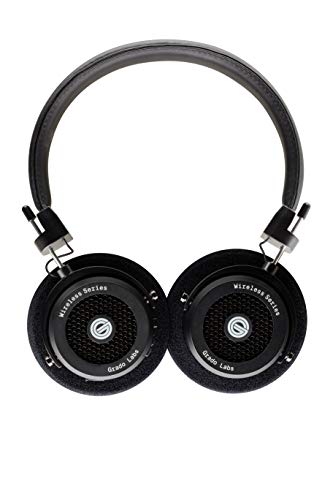 Grado’s retro-looking formula hasn’t changed for these headphones, as the Grado GW100 are very comparable to the SR series. They have a lovely open-back grilled style with rather large cups. The Grado SR325e/SR325, for example, have a more quality headband that gives them a higher-end appearance. They don’t, however, have a brushed silver metallic finish. These are plain black headphones that don’t stick out save for their classic appearance.

The Grado GW100, like the Grado SR125e/SR325, are comfortable for on-ears. They’re not too tight on the head and are fairly light. The on-ear fit isn’t for everyone, and the material used to cover the ear cups is comfortable but not as luxurious as imitation leather. On the plus side, they have a more comfortable headband than the majority of the SR series.

The control scheme on the Grado GW100 is rather good. Although the available controls are limited, they are responsive and simple to use. A call/music control button, as well as volume controls, are included. There aren’t many buttons, but they’re simple to use, clicky, and provide decent tactile feedback. However, there is no option to turn down the volume of an extremely harsh and scratchy voice prompt. Audio feedback is also provided for min/max volume, track skipping, and play/pause.

The Grado GW100 has good breathability because to its on-ear design, although it’s not as good as prior Grado models. Because they don’t entirely cover the ears and don’t trap as much heat as over-ears, they allow for better airflow. The ear cushion is likewise comprised of a porous substance that allows air to circulate freely. They won’t be great for working out because you might sweat more than usual, but they shouldn’t be an issue for casual listening sessions.

They’re a little more portable than over-ears because they’re not as bulky, but they don’t fold into a more compact configuration. On the plus side, the cups swivel, making it easier to slide the headphones into a bag and making them more comfortable to wear around your neck.

The Grado GW100 is built better than the majority of Grado SR headphones. Their cups have a thicker feel and are made of higher-quality plastic, making them more durable. Unfortunately, they still have the same cheap-feeling plastic joints. There are cables that run from the cups into the headband, and you should be careful not to get them tangled up with anything. On the plus side, they’re small and light, with few moving parts.

These headphones aren’t particularly steady on the head, thus they shouldn’t be worn while exercising. They’re light and have a good clamping force, however they’ll fall off your ears. For casual listening sessions, this shouldn’t be an issue. They have a higher grade than the SR series because they don’t have a cord that can get snagged or stuck on something and yank the headphones off your head, but they aren’t suitable for jogging or working out.

The bass is excellent. The low-frequency extension (LFE) is around 20Hz, which is excellent. Low-bass, which is responsible for the thud and rumble typical to bass-heavy music and sound effects, isn’t deficient and is overemphasised by a bit more than 1dB in comparison to our objective, unlike most Grado headphones. Mid-bass, which gives bass guitars and kick drums their body and punch, is within 2dB of our neutral aim, while high-bass is overemphasised by roughly 5dB and sounds muddy and congested.

The mid-range is excellent. Overall, the answer is quite consistent and flat. However, by emphasising lower and higher frequencies, the mid-mid and most of the high-mid ranges are recessed by around 5dB, sending the voices and lead instruments to the back of the mix.

The performance of the treble is ordinary. The response is uneven across the whole range and typically below our goal curve, resulting in a lack of detail and brightness in vocals, leads, and cymbals. On the other hand, on already bright recordings, the peak around 9KHz may make the S and Ts seem a little sharp.

The Grado GW100 has excellent imaging capabilities. They have a weighted group latency of 0.31, which is excellent. In addition, the graph reveals that the group delay is virtually totally below our audibility threshold. This guarantees that the bass is tight and the treble is clear. In addition, the amplitude, frequency, and phase response of our test unit’s L/R drivers were well-matched, which is critical for precise placement and localization of items (voices, instruments, video game effects) in the stereo image.

The soundstage of the Grado GW100 is average. They don’t interact with the pinna and don’t stimulate its resonances because of their on-ear design, which is why the PRTF response is mostly a flat line. As a result, the soundstage appears to be narrow and confined to the listener’s head. In comparison to closed-back headphones, the open-back design will help create a more open-sounding and spacious soundstage.

Because they are open-backs, the Grado GW100’s isolation performance is poor by design. They don’t separate any lower or mid frequencies, allowing all of the engine rumbles and ambient noise to get through. The isolation in the treble range is minor, at roughly 6.5dB.

The Grado GW100, like most open-back headphones, has poor leakage performance, however, it is a little less leaky than other Grados. The entire mid and treble ranges, which is a large range, are fairly leaky. They leak less than previous Grado models, but they still make a lot of noise. When the music is turned up to 100 decibels, the leakage averages 58 decibels and peaks at 74 decibels, which is well above the typical office noise floor. If you don’t care about leaking and prefer an open headset to keep an eye on your surroundings while listening to music, the Bose SoundWear Companion Speaker is a good option.

The recording quality of the Grado GW100 microphone is average. Because of the 265Hz LFE (low-frequency extension), speech captured with this mic will sound thin. The 3.4kHz HFE (high-frequency extension) shows that the voice is muted and lacking in detail. In quiet surroundings, however, it will still be understood, as speech understandability is mostly based on the 500Hz-4KHz range.

The noise-cancelling ability of the built-in microphone is average. They achieved a speech-to-noise ratio of around 11dB in our SpNR test, indicating that this microphone is best suited for calm surroundings and will struggle to distinguish speech from ambient noise even in moderately loud environments.

The Grado GW100 has a battery life of 15.5 hours and charges in about 2 hours. Even if you’re a heavy music listener, this should easily last you a day. They don’t have any power-saving features, but on the plus side, if they’re dying and you’re close to a power source, you can still use them while they’re charging. Even if the battery is dead, they allow passive playback via the bundled 1/8” TRS cable.

These Bluetooth headphones are simple in design. They support Bluetooth version 4.2, but they are unable to connect to two devices at the same time, which would have been useful. They also lack NFC support, however they can use the aptX codec, and we were able to use aptX-Low Latency with our dongle despite the fact that it wasn’t included in the specs sheet.

They have too much delay, like most Bluetooth headphones, to be ideal for watching videos or playing games. If you have the right Bluetooth device/source, you can utilise the aptX Little Latency codec, which has very low latency, or you can use corded headphones to entirely eliminate latency issues.

The Grado GW100 can be used passively with the provided 1/8” TRS audio cable, which eliminates latency issues. Even if the battery is dead, you may use them with the audio wire, which is useful.

For mixed use, the Grado GW100 are average. These open-back headphones aren’t the greatest for multi-purpose listening because of their design. For critical listeners, they provide adequate audio reproduction, and their open-back design will help generate a more open sound. However, because they leak a lot and don’t isolate much ambient noise, they’re not a suitable choice for commuting or at work. They’re breathable enough for sports, but they’re not particularly stable. If you don’t have an aptX-LL dongle, they’ll have too much delay to watch video or play games when used wirelessly.